FIRST alum Melanie Sanchez had a transformative meeting while competing with her FIRST® team at the 2018 FIRST Championship. There, she met Tesla’s Chris Reilly and learned about an opportunity to intern at Tesla on workforce development and education programs, including FIRST. “It hooked me that I’d get to do something with FIRST, the organization that brought everything to life for me,” she said.

Melanie knew first-hand the inspiration and skills FIRST provides; she joined her Las Vegas-based FIRST® Robotics Competition team, Team 987 “High Rollers,” as a self-described shy sophomore who didn’t know how to hold a drill. She learned quickly and held team roles in data analysis, machining, and as the team’s president. By graduation, she was enrolling at University of Nevada to study mechanical engineering and computer science – and starting a new team at a different school: Silverado High School’s Team 7424.

While Melanie was discovering her passion for engineering, Tesla was looking into building a sustainable workforce pipeline in Nevada, home of its very first Gigafactory. Chris found a common theme emerged when interviewing Tesla employees about their inspirations: Many cited competitive high school robotics as the moment they decided to become a professional engineer.

In 2018, Tesla announced a $37.5 million investment in Nevada’s K-12 education over five years. Tesla’s investment plan, in partnership with the state’s Department of Education, is focused on initiatives that support the acceleration of robotics, STEAM, and sustainability programming within Nevada’s K-12 education system to develop future engineers in Nevada. With an employee engagement component, one of Tesla’s goals is to get a competitive robotics program in every high school in Nevada and 100 middle schools. “FIRST is giving kids around the world these incredible experiences,” Chris said. “That’s been our north star when launching workforce development programs, not just in Nevada but at all our facilities around the world.”

Tesla is also investing in teacher development opportunities to empower educators to lead programs that drive students to new industries, as well as manufacturing apprenticeship programs to address the wide middle skills job gap in Nevada and further support a pipeline from high school robotics into the workforce for young people interested in project-based learning and hands-on work. “Through the Manufacturing Development Program at Gigafactory, we want to increase the number of FIRST alumni who are starting their careers at Tesla straight out of high school. Students get affordable, reserved housing, shuttles to work, and a 20-credit college scholarship,” Chris said.

Melanie is excited that Tesla’s investment means more students in her home state will have access to FIRST teams, and that she had a direct hand in helping that happen. Read on for more from this rising-star FIRST alum.

What inspired you to start a new FIRST team after becoming a FIRST alum?
For me, it was my mentors. I want to do what my mentor did for me and other kids. They helped me grow out of my shell. I was a shy student; I never wanted to speak in front of anyone. I came in with no mechanical engineering skills at all. My team shaped me for the better, so it made sense to take what I learned with my mentors and bring it to other students. Silverado was where one of my mentors was moving. The team just competed for the first time last year – and they got the Rookie All Star award. I’m so proud.

What else did you do after graduating high school, and how has that been impacted by your FIRST experience?
After I graduated, I went straight into mechanical engineering and computer science at the University of Nevada. The team solidified I was on the right path. Over the summer after freshman year, I had a chance to do an internship at Tesla. That opportunity was directly tied to FIRST. I met Chris Reilly at the 2018 FIRST Championship. He told me he saw our team and gave me his card, and then the opportunity to work with him over summer came up. I owe that experience completely to that championship and our team.

Your internship was focused on working with workforce development programs, including FIRST. What was it like?
I was in a business role, working on workforce development programs, specifically in education and manufacturing development. It was very different from my major. I’m thinking about also minoring in communications or finance since we did a lot of business work with the robotics initiative: tracking info, designing, communicating, making this great impact report. It’s a stereotype about engineers that being a great communicator isn’t as common, but, specifically because I was in FIRST, I talked to people every day. It helped prepare me for this role.

What attracted you to the opportunity?
In our initial calls, Chris mentioned I’d get to work a lot with FIRST. It hooked me that I’d get to do something with the organization that brought everything to life for me. Plus, I noticed in high school there weren’t many teams in Nevada, especially compared to California. I could see there was need to grow. When I signed up and knew I’d be working on spreading robotics, it gave me an extra push to do my best. I got to work really closely with FIRST Nevada leaders, whose names I heard growing up in FIRST, and work on the plan for starting new teams and creating a rookie handbook. 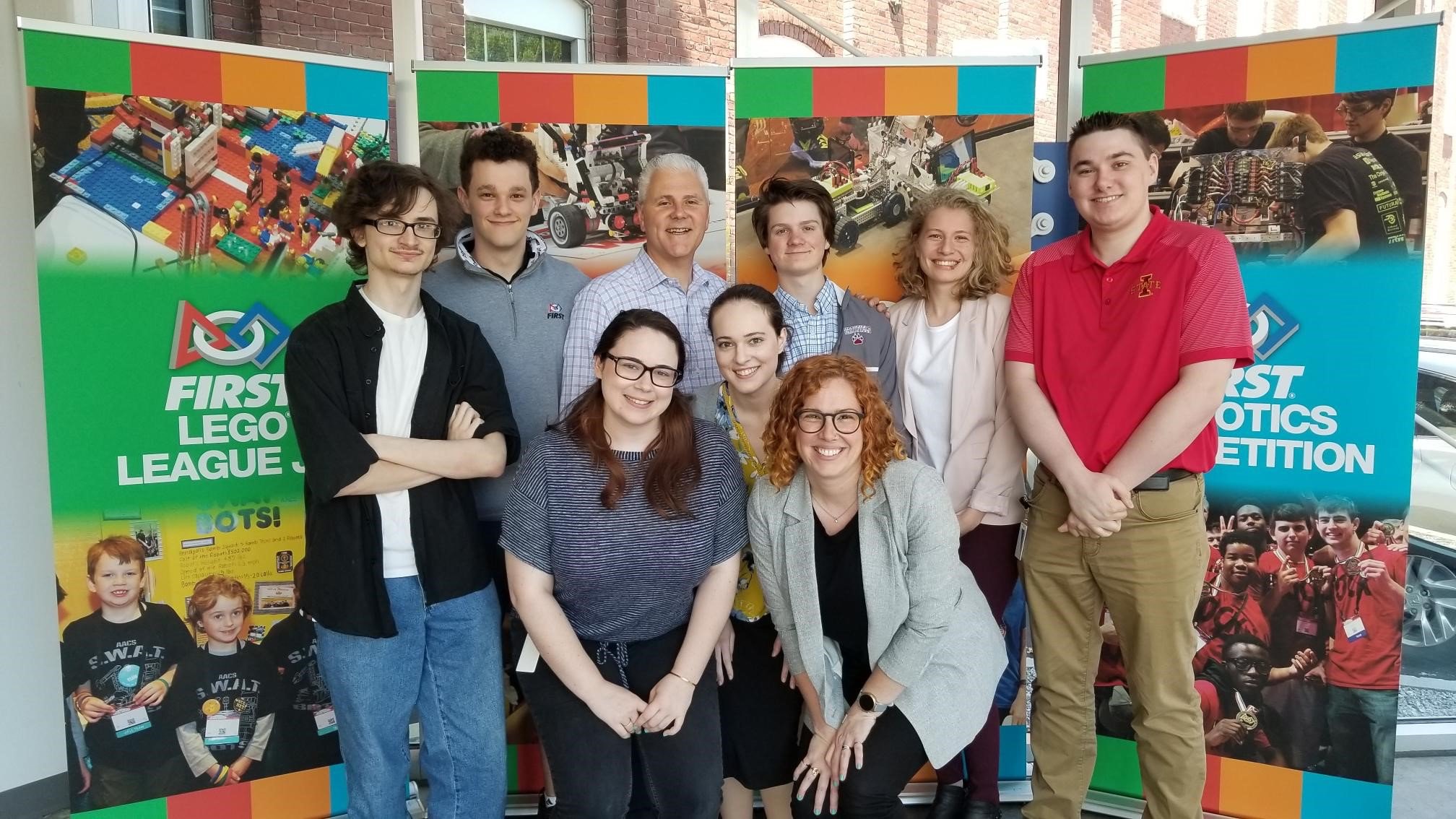 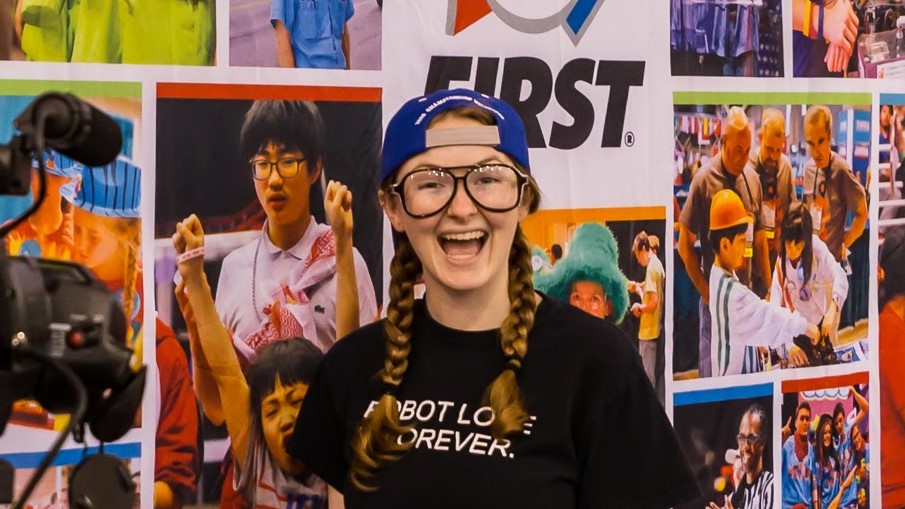