Disney and Lucasfilm teamed up with FIRST on a four-part digital series on StarWarsKids.com to show how STEM plays a key role in making Star Wars stories and products come to life. In episodes of Galactic Builders, powered by Star Wars: Force for Change, FIRST students go behind-the-scenes to meet with engineers and designers who use technology and robotics to bring Star Wars experiences to life at Hasbro HQ, Lucasfilm, Walt Disney Imagineering, and Industrial Light & Magic.

Seeing the technology and engineering feats that go into droid design and animation helped FIRST teams draw parallels to their own robotics work and inspired them to build their robots differently. Here are some galactic droid design tips from the experts:

Creativity is key to designing in small spaces.

FIRST Tech Challenge students from Slater Spartans and Slaterly United (Pawtucket, R.I.) visited Hasbro HQ and met Phil Sage and Melissa Hershey, who helped create the advanced D-O App-controlled Droid toy releasing ahead of Star Wars: The Rise of Skywalker. They learned the balance between creativity, form and function, and the STEM that goes into releasing a Star Wars toy. Hershey shared that the challenge of fitting a complex design into the small space of D-O – motors, electronics, and more – requires creativity in both mechanical placement and programming. Student Daniel was surprised to learn “how much mechanical process goes into a robot toy that you would think would be simple, but behind the scenes is way more complicated.”

Droids and robots share many common design elements.
FIRST students visited Lucasfilm headquarters to learn what it takes to build and operate a droid from BB-8 creator, engineer, and robotics expert Matt Denton. Students from FIRST LEGO League team “Thunderbots” (Sacramento, CA) saw similarities between how the droids and their robots move around; both R2-D2 and their FIRST LEGO League robot feature two main wheels with a trailing caster wheel. BB-8’s rolling spherical design, they learned, was a little more complicated: Gyroscopic sensors and magnets help keep BB-8’s round body and head stabilized and upright. “Seeing the possibilities with BB-8 opened up a lot of things in my mind of things I might want to do or things I’m interested in,” said Nathan from FIRST Robotics Competition team “Citrus Circuits” (Davis, CA).

Working within the limits of technology and resources will prepare you for any design challenge.
Walt Disney Imagineers showed students from FIRST Robotics Competition team “Exploding Bacon” (Orlando, FL) and FIRST LEGO League team “Robotic Wolverines” (Palm Beach Gardens, FL) how robotics brought Star Wars: Galaxy’s Edge characters to life – and how technology behind animatronics have come a long way since the 1964 World’s Fair. The students saw how the Imagineers take different design approaches in creating animatronics, based on the character and story they want to tell and available technology, similar to how they work within their own capabilities to see what they’re able to accomplish with limited time and resources in FIRST. “It was very clear that the tech we use is used in many of the same ways here at Star Wars: Galaxy’s Edge, and it’s very inspiring for me to know that the FIRST Robotics Competition is going to prepare me for future careers – potentially right here at Disney World,” said student Nicholas from Exploding Bacon.

Integrate technology and art to create a meaningful story.
Students from FIRST Robotics Competition team “The Funky Monkeys” (San Jose, CA) got a behind-the-scenes tour of Industrial Light & Magic and learned how droids from the Star Wars galaxy, like K-2SO, are brought to life through visual effects tools and technologies like motion capture to help create a meaningful story. When working on virtual effects, the engineers shared that they use motion capture with actors to make simulated, human-like movement more realistic. The Funky Monkeys related to the challenge from their experience creating animation projects for FIRST. “When our team was animating a human character, that was really the hardest part to get the joints moving right and to make sure it looks like a human,” said student Anna.

Get involved and learn more about our current season, FIRST RISE powered by Star Wars: Force for Change.

"In Real Life" is a digital campaign showcasing parallels between the skills, experiences, and values of FIRST youth and working professionals. 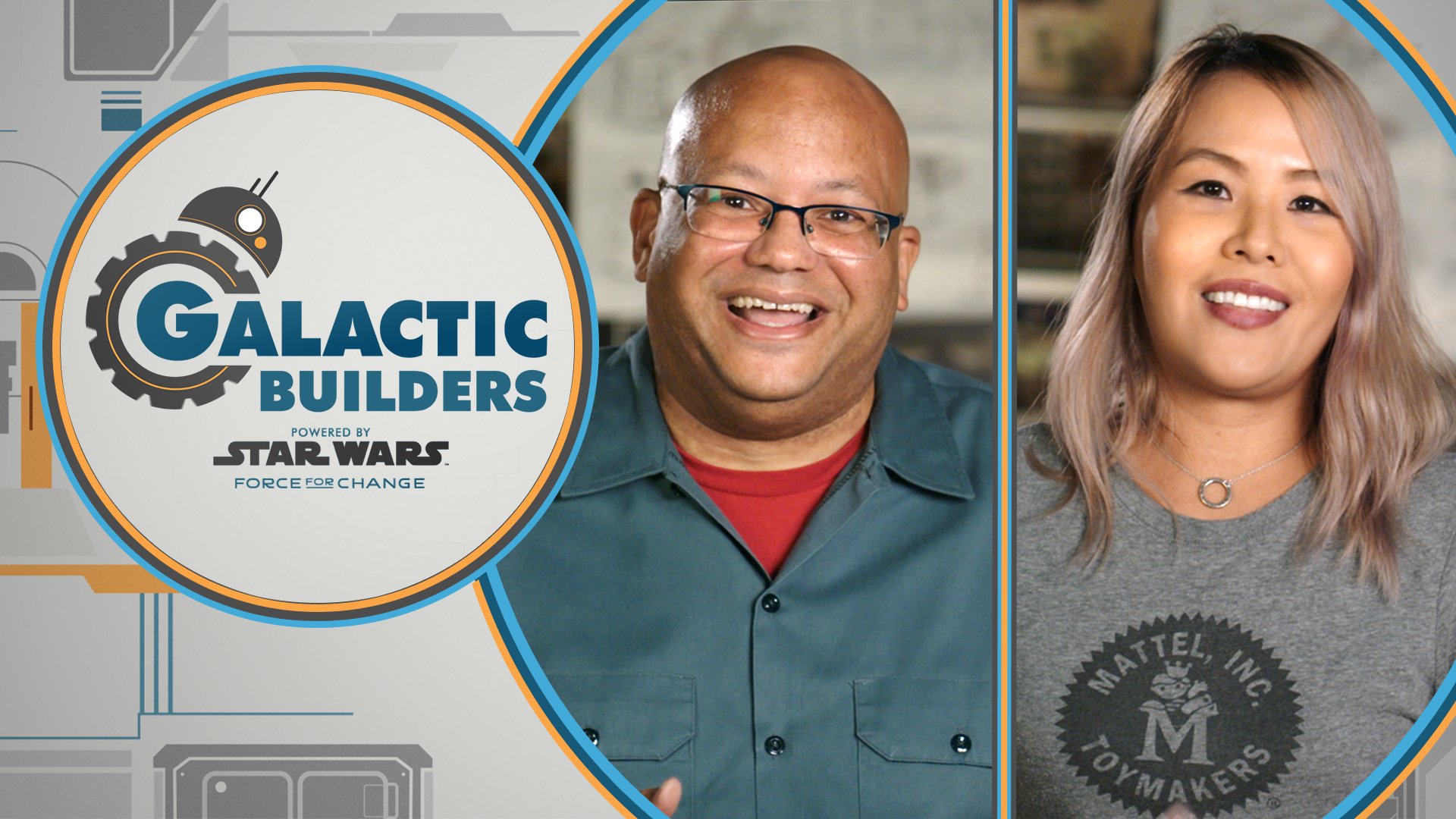 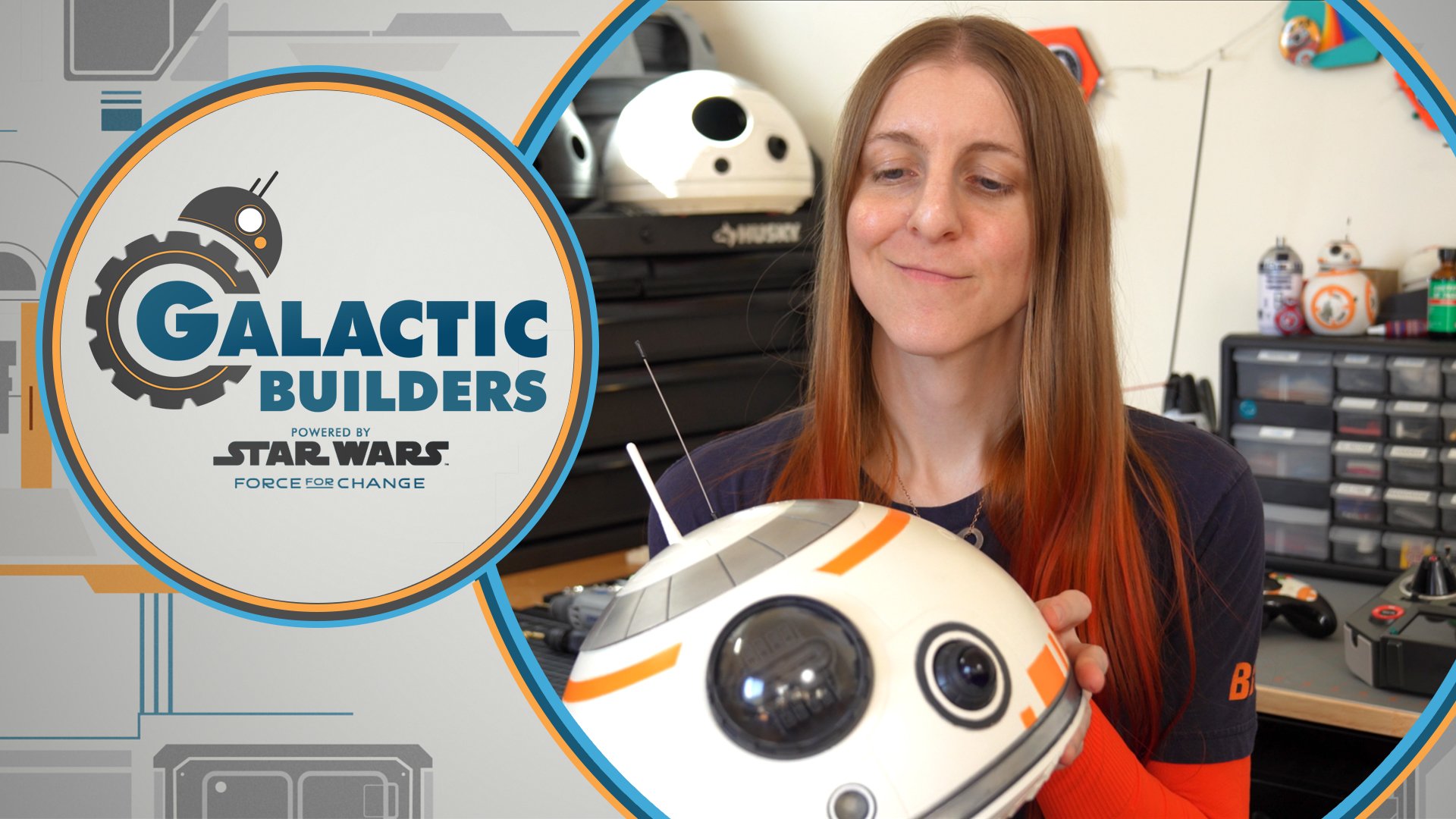