Across the globe, it takes 320,000 mentor, coach, judge, and volunteer roles to make FIRST® happen each year. The 2020 – 2021 season brought on challenges and opportunities we never imagined. But FIRST volunteers answered the call like no others could. You learned new systems. You adapted to virtual events. You expanded your skillsets. You delivered on the mission of FIRST and ensured the season’s successes. Each year, volunteers around the globe who have gone above and beyond to positively impact an event or region are honored with an award called FIRST  Volunteer of the Year. This award is given out by our local FIRST partners in their regions to recognize and thank those individuals who went that extra mile and were critical to the success of FIRST in their area. We applaud them and are grateful for their contributions!

Each year, FIRST Headquarters also selects recipients for a FIRST Volunteer of the Year Award, choosing individuals from each program who have invested significant time and effort in their volunteer role and affected the whole of FIRST in a far-reaching way. They are role models and leaders and we couldn’t do what we do without them. FIRST® is proud to announce the 2020 – 2021 FIRST  Volunteer of the Year award recipients.

From FIRST® Robotics Competition, we would like to recognize David Greenley and Peter Johnson. David has held many judging roles as a FIRST volunteer since he began volunteering in 2003, from District Senior Judge Advisor and Championship Dean’s List Judge to Championship Judge Manager. During the virtual season, he was responsible for managing the judges who conducted over 6,000 individual and team interviews. Peter has been a major contributor to WPllib by working on code, reviewing contributions, and helping to guide the development of the library. He has also served as a mentor, Robot Inspector, and Control System Advisor. We would like to thank David and Peter for their continued involvement as volunteers and are thrilled with everything they have worked on and accomplished throughout a challenging season.

From FIRST® Tech Challenge, we would like to recognize Thomas Barnette and Trey Woodlief. Not only are they FIRST alumni, but Thomas and Trey also developed FTC Live, the official scoring software used at FIRST  Tech Challenge events. They were able to design and develop a cloud-based version of their scoring system that allowed teams to score matches remotely and integrate video conferencing for judges. FIRST  Tech Challenge was ultimately able to conduct nearly 53,000 matches across 819 official events, and Thomas and Trey were instrumental in making that happen. Between their scoring software, their participation in monthly support calls, and their real-time remote event support, Thomas and Trey have gone above and beyond throughout the past year, and we wish them many congratulations and thanks for all their hard work.

From FIRST® LEGO® League, we would like to recognize David Baran and Sofia Bensouda from the Challenge Division, as well as Rick Ramhap and Stephen Swartzentruber from the Explore Division. David spent countless hours ensuring that the virtual environment for competitions was well-planned and optimized for the FIRST community to continue to have the same quality experiences as in-person events. Sofia, who is based in Morocco, translated many community resources and shared them with teams in her area. She also worked with national referees to ensure they were trained and supported, including on the day of events, while also communicating with teams and answering questions. Rick partnered with School-Business Partnerships of Long Island to not only create a team in his area, but also to bring FIRST LEGO League Explore (formerly FIRST® LEGO® League Jr.) to Long Island. Stephen was instrumental in training and recruiting volunteers, communicating with teams, and working to produce online events. He also assisted in ensuring that parts of competitions like reviewing sessions and award ceremonies were not lost in the virtual format. All four individuals were crucial to the success of FIRST LEGO League in their communities and beyond.

Many of the FIRST Volunteer of the Year recipients are either FIRST alumni or have been volunteering with FIRST for many years. We are grateful to have a supportive, involved, and dedicated community, especially during such a challenging year. We would once again like to congratulate all the FIRST  Volunteer of the Year recipients and look forward to what we will accomplish in the FIRST® FORWARDSM presented by Qualcomm season!

Celebrating our 2021-2022 FIRST Volunteers of the Year 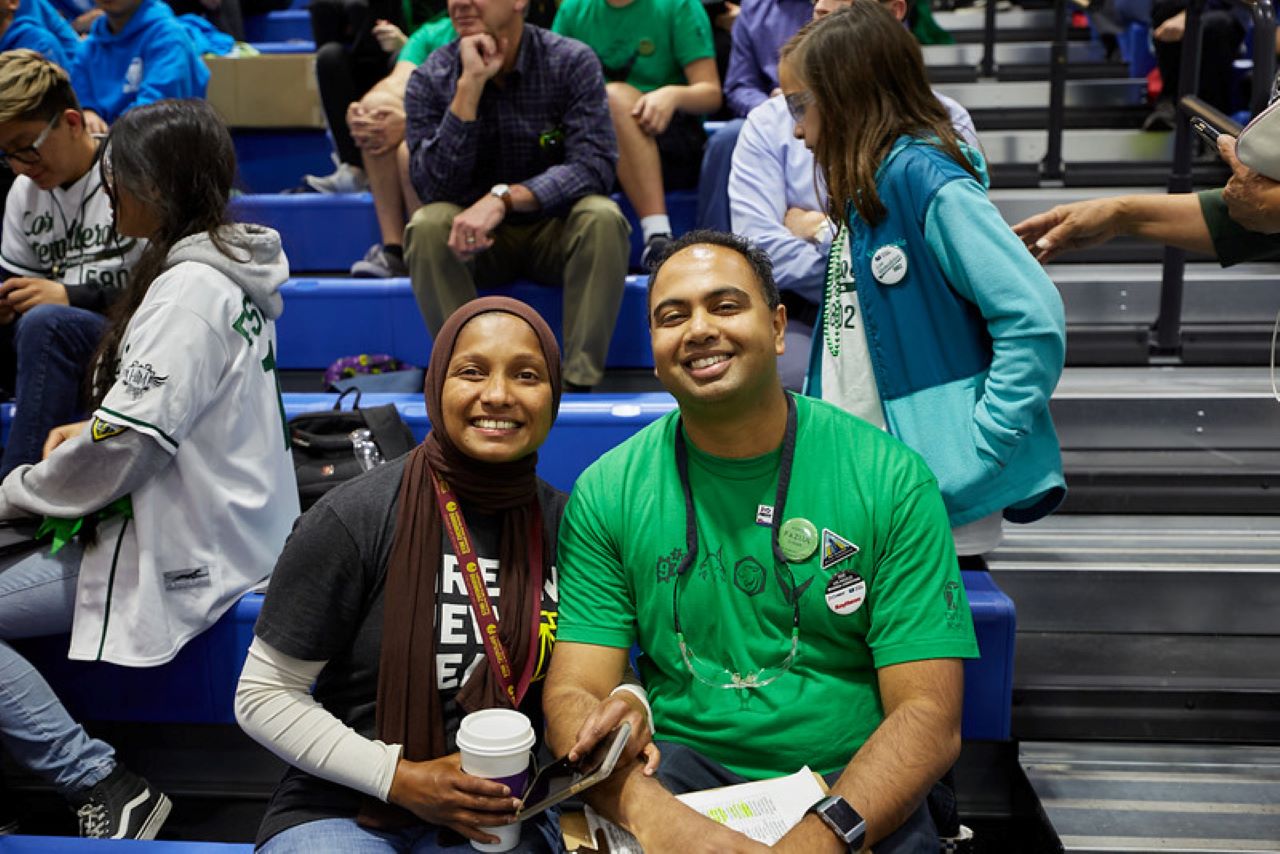